The joy of finishing!

Occasionally you just want to cast something on RIGHT THEN!!  That means finding yarn that isn't skeined and then choosing a pattern to go with it.  Oddly, for me that usually ends up being a shawl or scarf, because a girl with only one neck needs an unlimited number of shawls and scarves!

So between procrastination about how to finish some of the WIPs that have been haunting this place I decided to cast on a Multnomah with some Knitpicks Stroll Multi that was sitting about.  I nearly got the whole shawl out of 50g but unfortunately not quite so I had to start a second ball.  Having started the ball I decided to finish it and made the feather and fan border quite a bit wider than the pattern asked for. 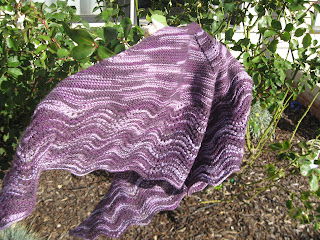 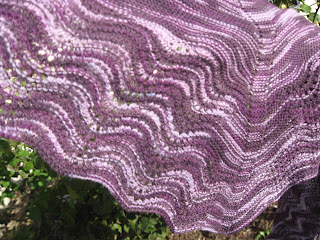 I also managed to finish off this little tige and it has come out nicely I think.  I love Pear Tree Merino and the pattern (Topside Cardi) was quick and easy.  My only modification was to do a ribbed button band rather than the garter called for in the pattern.  I just felt that it was more cohesive with the rest of the design. 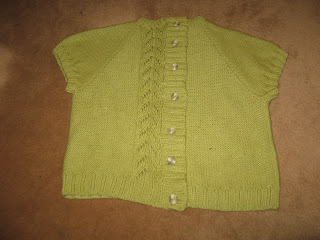 Apologies for the crappy photography, sometimes the only time to take a photo is 10 o'clock at night!
Posted by Jack at 2:36 PM

I am a new follower to your site and am really enjoying it!

Yes i know it sounds a little ambitious, however, I have a degree in 3D CAD design and am a mechanical engineer, so I am pretty well qualified. I have a cnc machine of my own that I would use to make the chassis and other components, however the actual attack arm I would like to have made as one piece of metal, ideally titanium grade 4 or better, but I would settle for stainless steel or hardened aluminum.

If I have time I will accept custom orders on baby items such as nappy rolls, nappy bags, bunny rugs, personalised bibs, ring slings and taggy dolls. Contact me at jackikelly@optusnet.com.au and I will see what I can do.

Knitting accessories are usually instock items but if you are feeling cheeky you can try your luck....

Send me a link!

If you use one of my patterns I would love to see the result. Send me a link or a photo to jackikelly@optusnet.com.au

Where are you from? 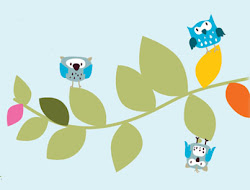